Pörkölt is made with meat (often beef or chicken gizzard), tomato, paprika, and onion, usually served with ’nokedli’, and with some bread (Hungarians are actually eating bread with everything). Traditionally, it’s cooked outside in a cauldron. 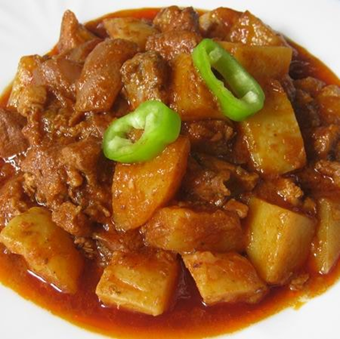 The stuffing is meat and rice, which is rolled up in big leaves of cabbage then cooked (you can eat the whole thing) and served with sour cream. Hungarians usually eat this at Christmas time, but it’s a really filling food any other day as well.

Finely chop one of the onions. Heat half the olive oil in a heavy-based saucepan over medium heat and cook the onion until lightly browned. Add the rice and stir for 5 minutes, then remove from the heat. Mince the bacon and combine with minced pork meat. Add rice to the meat mixture and sprinkle a pinch of salt, pepper, and sweet/mild paprika. Combine these ingredients. Gently remove or peel off leaves from the cabbage and remove thick stalks from the centre. Place a small handful of meat mixture in one end of the leaf and fold over the top -side. Roll the leaf up tightly, and tuck the bottom section of the leaf into the roll. Coarsely chop the remaining onion. Heat the remaining oil in a large saucepan over medium heat and cook the onion until soft. Cut the pork shank into small pieces and add to the onions. Spread half of the sauerkraut over it and sprinkle some paprika. Layer the cabbage rolls over the top and cover with the remaining sauerkraut. Pour over enough water to just cover the contents, and simmer over low heat for 1- 2 hours, or until the meat is tender and the rice is cooked. Serve hot accompanied by a dollop of sour cream. 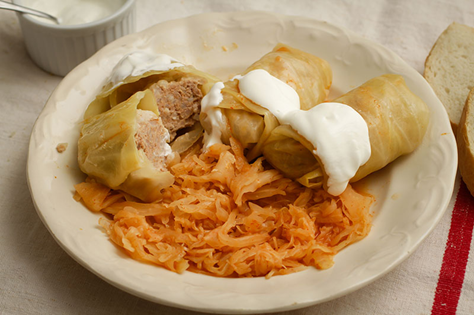 It’s basically chicken in a creamy sauce, which is made with a lot of paprika (so it has an intensive taste) served with pasta or ’nokedli’ and of course it’s often served with some sour cream on the top.

In a large soup pot, sauté the onions in vegetable oil or pork lard over low heat, stirring frequently, until translucent. Do not let them burn. Salt lightly to help tenderize them. The onions should be cut into very, very small pieces. This is essential in order to achieve the “stew consistency”. Add a small amount of water, if necessary, to keep them from sticking to the pan. Remove the pot from the heat, add the sweet Hungarian paprika, stir. Add the tomatoes, the sweet yellow pepper and stir again. Do not burn the paprika, or it will become bitter. Add the chicken legs and thighs, salt to taste. Add some water, make sure that the bottom of the pan is wet so the paprika does not burn. Be careful not to add too much water! The meat contains water that comes out during the cooking process. If you add too much water it will lose the stew consistency. Cover, reduce heat, and simmer until the meat is tender. This can take up to 50-70 minutes. Stir occasionally. If it starts to stick to the pan, add a bit more water. If it is soupy, cook it with the lid off. The dish is done when the meat easily falls off the bone. Add 2 tablespoons of sour cream, stir gently (do not break the meat) and simmer for a few more minutes.

Place a large pot filled with salted water and bring to boil. Combine eggs, salt, and water, beating well with whisk. Add flour, a little at a time. Add only enough flour to make a soft, sticky dough. Let the mixture rest for about 10 mins. Using the side of a teaspoon, spoon a small amount of dough into boiling water. The noodles are done when they float to the top. 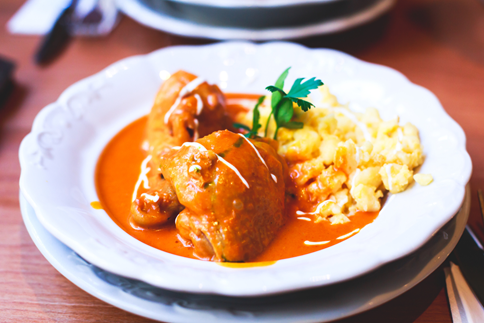 Lángos is a plate-sized fried dough, which is usually covered with sour cream and cheese, but nowadays you can put almost everything on top of it, like garlic, onion, bacon, vegetables, sausage or even some sweet toppings, like nutella or jam. It’s a typical ’beach-food’, you can easily find it at every beach during the summer. 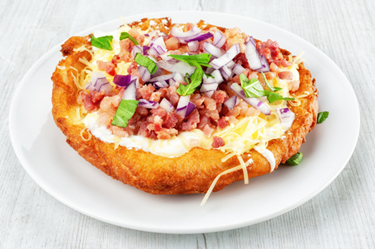 Flat, square shaped pasta with Hungarian cottage cheese, which is somewhere between cottage cheese and ricotta served with pieces of baked bacon. It’s simple but great. 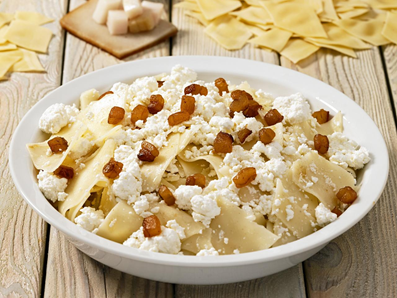 It’s made of layers of sliced potato, sausage, egg, sour cream and cheese, which is baked together. You can put some sour cream on the top as well, to make it more creamy. 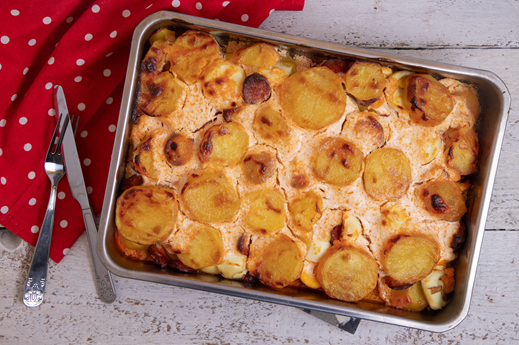 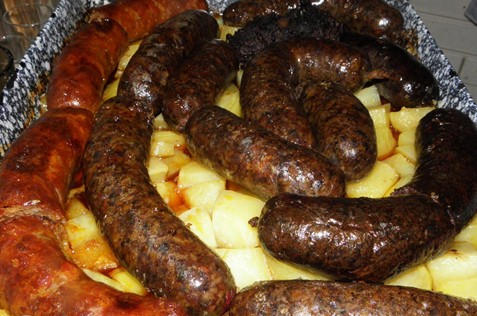 In Hungary, it’s really common to eat vegetables as a form of pottage. We’re making them from any type of vegetables, for example pea, potato, pumpkin, green bean or lentil. It’s usually served with bread, egg or some type of meat. 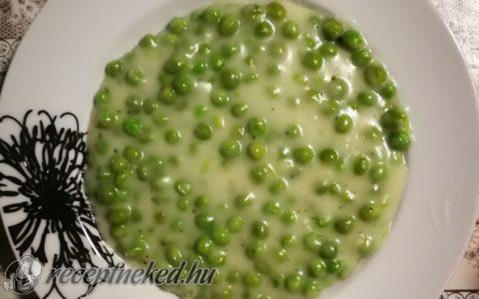 The base of ’Lecsó’ contains onion, tomato, and pepper, but there’s a lot of different variations, by adding sausage, egg, rice, bacon, mushroom and so on. It’s rich in flavour, but still simple to make.

Take the smoked bacon and cut into small cubes or thin slices. Add to a large frying pan with chopped onion and salami and cook in oil until the onions are soft. Add the peppers and the tomatoes and reduce heat and simmer, covered, for 10-20 minutes, cook without the cover for 10-30 minutes (depends on how juicy you like it). Add salt to taste. If you like, you can try it with eggs! Beat the eggs and add to the pot while stirring until the eggs are cooked. 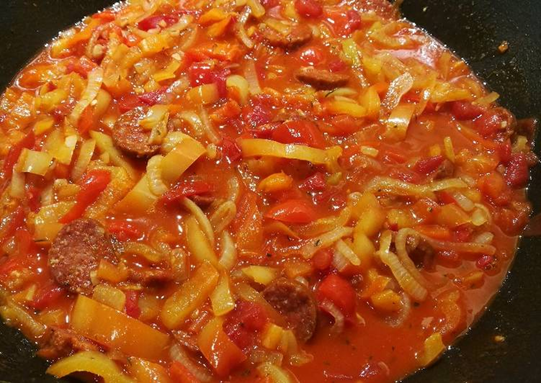